Can technology improve perceptions of government in the US?

Given recent revelations involving Edward Snowden and the U.S. government's use of information and communication technology as surveillance tools, it's not necessarily shocking that a November Pew {Research Center?} poll has revealed overwhelming distrust of Uncle Sam. Only 19 percent of respondents said that they trust the government the majority of the time, which represents the lowest percentage in the last 50 years. To pile on grievances, a recent Gallup poll has revealed that dissatisfaction with the U.S. government is the most commonly cited problem among Americans. 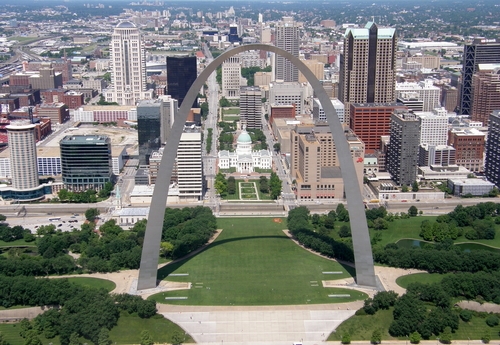 One way that federal and local governments have attempted to better serve residents is by enhancing government IT services. In theory, improving government technology services may create new opportunities for cost savings, while providing residents with better services. On the federal level, this has entailed using big data in an effort to create economic opportunities for businesses, staging a gradual cloud migration among government agencies and by implementing data center consolidation strategies to eliminate duplicative spending. Similar tactics have been used at the state and local levels.

For example, Nebraska aims to save millions of dollars within the next 10 years through data center consolidation. In Massachusetts, the new NextGov initiative takes a unique approach to improving government technology service: tapping into the talents and resources of any private company or individual who may have a good idea on how to enhance life for residents of the Bay State. California is also adopting a somewhat unexplored, albeit controversial, approach to improve the performance of managed service providers currently under contract with the state that involves publishing scorecards about each vendor's service.

On the municipal level, Seattle, San Francisco and Baltimore are only some of the metropolises that have harnessed big data in an attempt to improve law enforcement, public transit and overall quality of life, respectively.

Private companies in St. Louis are lending a hand

One of the more recently launched initiatives targeting government technology improvements is the STLGovTech program, as examined in a St. Louis Post-Dispatch opinion piece. According to the column, technology companies in the metropolitan region have created a coalition to identify potential avenues for government improvement with the use of technology. So far, there have been several innovations in the surrounding communities – as well as a few located out of state.

An example is the eTWIST technology, which is a high-tech tool that helps local law enforcement improve tracking of crime-scene evidence. The technology was developed by a St. Louis-based company, and has already been put to use in several surrounding towns, including Creve Coeur, Maplewood and Frontenac.

Unlike Massachusetts' NextGov – which has specific tracks for more or less allocation of state funds depending on the project development phase – the official STLGovTech website (still in development) does not make mention of receiving any degree of municipal or state funding. As of now, the effort is principally organized within the private sector.

One of the main issues when it comes to assessing the overall value of technology strategies is that the benefits are typically deferred. As has been made clear on the federal level, IT efficiency initiatives such as cloud computing and data center consolidation have been slow to deliver. However, there have been some encouraging reports in the past month, including the announcement of new, forthcoming policies for data center consolidation, and the publishing of a study projecting a significant rise in government spending on cloud computing.

At this point, STLGovTech appears to still be in the early phases, and whether or not the municipal government will become more directly involved in its growth remains to be seen. For the time being, efforts – in private or public sectors – aimed at improving government technology services are nonetheless encouraged. They may not make an immediate difference, but over time, they could yield benefits that trickle down to residents and ultimately improve perceptions of government.