Cloud computing takes the lead in government IT spending

The U.S. government has been pushing its cloud-first agenda hard in the past few years in an attempt to improve data center consolidation efforts as well as collaboration between government agencies. In 2011, The Federal Cloud Strategy proposed allocating $20 billion of the total $80 billion IT spend on cloud computing. Since the release of the report, there have been numerous barriers to adoption, namely distrust of cloud computing among many federal agencies – despite repeated proclamations from federal CIO Tony Scott that cloud computing is safe.

A new study reveals that this may change in the not-too-distant future. 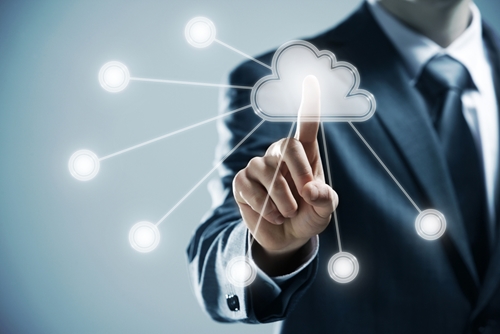 Cloud computing spend on the rise

Cloud computing spend for the 2015 fiscal year reached $2.4 billion, according to Deltek's new report, "Federal Priorities: cloud, big data, mobility, and data centers, 2015-2020." This only represents 2 percent of the government's eventual benchmark of $20 billion. However, the report also projected that cloud spend would inflate to approximately $6.2 billion by the 2020 fiscal year, a value that equates to a compound annual growth rate of 21.4 percent. This CAGR outpaces that of all other areas of federal IT spend. It also correlates with a projected CAGR of -0.7 for overall federal IT spending.

Ever since the outset of federal cloud-first initiative, the pace of cloud migration cannot be described as much more than an uphill trundle. Nevertheless, federal risk and authorization management program certifications and improved cloud strategies show promise – with some exceptions. While some agencies are too wary of cloud migration,  others have jumped the gun, and are instituting cloud solutions that may not be compliant with FedRAMP, according to Deltek's report. This could lead to haphazard adoption that may cause just as many problems as it solves.

News that cloud computing spend is expected to tripled within the next five years has both negative and positive connotations. Starting with the bad, concerns about cloud cybersecurity still exist among many agency leaders. Distrust in new IT infrastructure is not necessarily unhealthy. According to a recent study, a third of all cyberattacks in 2015 targeted government organization. Adoption of new technology must occur in perfect synchronization with stringent compliance and strong cybersecurity measures. In theory, FedRAMP will help achieve this for government cloud migration.

That said, many federal IT leaders, including CIO Tony Scott, maintain that the benefits outweigh the risks, and there may be some truth to these claims. As the Office of Personnel Management breach has shown, legacy systems are far from impenetrable. Furthermore, the benefits of cloud computing are two-fold. Firstly, cloud computing increases the number of potential opportunities for trimming down the federal IT budget, for example, by off loading data from data centers into the cloud, and reducing duplicative spending through the creation of shared virtual networks among specific agencies. Savings can then be applied elsewhere.

"Strong investment in cloud computing is reassuring within a flat IT budget environment," Deniece Peterson, Director of Deltek's federal industry analysis program, said. "Although budgetary pressures are easing for the next two fiscal years, agency leadership is still focused on cloud computing, which can drive long-term savings that can be redirected to mission-critical needs,"

Cloud migration also creates new opportunities for internal and external collaboration within and among federal agencies. Several federal initiatives of late, such as the Commerce Data Service have explored new ways to aggregate, share and leverage the power of big data. With the utilization of cloud computing, collaboration between different departments within agencies can be streamlined, especially as more employees opt to work remotely, and via mobile devices.

Government cloud computing may still be in the early days. However, based on Deltek's research, cloud migration will continue at a slow, albeit steady pace into 2020.