The US Army is enlisting cloud computing

Government agencies have begun overhauling federal IT infrastructure in a bid to deflate the current IT budget, and improve technological efficiency. So far, most of the savings have been realized though data center consolidation – from the Navy to NASA, reducing the number of data storage facilities has been a top priority.

One way federal IT leaders have been attempting to generate data center consolidation momentum – as well as the overall reduction of legacy IT infrastructure – is through cloud migration. Among the ranks of government agencies that have already begun the transition is the Department of Defense, and the most recent vehicle for migration is none other than the U.S. Army. 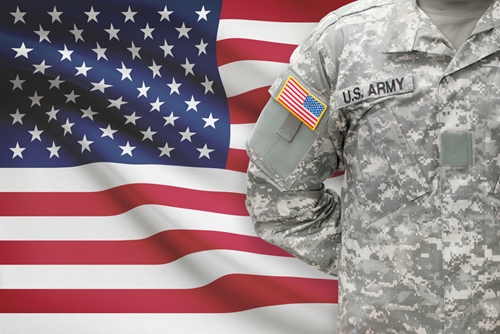 In the cloud now

The DoD recently took some flack from the inspector general in regard to its current cloud migration practices. In an extensive report, the IG noted that not only did the DoD fail to establish a clear, department-wide definition for cloud computing, but it also had no system in place for storing vendor contracts. The problem here is the lack of clearly defined goals, or a streamlined system for identifying cost savings.

Nevertheless, the U.S. Army has taken several important steps toward the cloud in the past few months. In late 2015, the Army issued a Request for Information in an effort to procure vendor feedback regarding the Army cloud computing enterprise transformation (ACCENT), which is basically code for Army cloud migration. The goal here is to move certain services and applications from government data centers to facilities in the commercial sector.

According to TechNewsWorld, the Army is in the process of assessing feedback from the initial RFI. Furthermore, it has added a supplemental questionnaire that delves into greater specificity regarding the capability of services.

One of the key issues when it comes to cloud computing, or any government technology service, is the selection of vendors. It's not only a matter of which service providers are chosen, but the process by which they are vetted for the job. According to FedTech, the Army's approach involves what the department is calling blanket ordering agreements. These BOAs stipulate that cloud vendors are considered a part of ACCENTS, but are not necessarily guaranteed more specific contact vehicles. Rather, these service providers will vie for specific projects.

"[W]e think the BOA is better for the high-dollar contract actions that are associated with hosting services," Doug Haskin, the project director for enterprise services at the Army's program executive office for enterprise information systems, said in an interview with Federal News Radio. "It also gives us more flexibility to adapt to uncertain requirements when you don't know all the requirements up front, which is the position we're in now."

Going forward, the Army seeks to migrate a total of 34 applications, all of which are identified and explained in detail on the RFI. If all goes to plan, the majority of these applications will have been migrated, or be in the process of migration, by 2018.