Can big data give the US economy a jolt?

Many big claims have been made about the power of big data to fix problems. Seattle is leveraging big data to fight crime, Connecticut is using it to bolster public transit, and Baltimore is seeking to improve quality of life for residents with recently announced big data strategies.

But perhaps the most ambitious use of big data comes from a new U.S. government initiative. The U.S. Commerce Department has recently devised an initiative with the end goal of improving the country's economy. 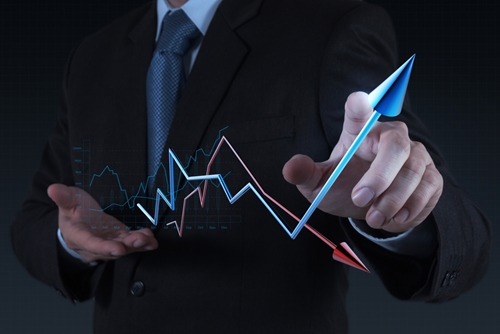 Big data strategies to the rescue

Big data is just as useful in the private sector as it is in government strategies. That said, government agencies have access to data and information that many private companies, especially small and medium-sized businesses, have struggled to procure. Businesses having access to trade data for example, or greater insight into income disparities, may help inform decisions from the top down. Ultimately, this insight could generate greater opportunities for growth and create more jobs, both of which would provide long-term benefits for the U.S. economy.

This is where the commerce data service, a new government startup, may lend a hand both to federal agencies and the private sector. The project was officially announced Nov. 9, and will receive support from all 12 bureaus of the Commerce Department, and will also be calling upon the expertise of several big-name companies such as Google and Amazon, according to Fortune.

The new data service will strive to address several key metrics that can foster better decision-making processes. For example, it will attempt to create organized data architecture for providing information about patents to the public. Another use case is the creation of a database for international trade information that can help businesses make strategic decisions about exports, according to Fortune. Likewise, aggregation and visualization of oceanic and atmospheric data could provide businesses with information regarding efficient maritime shipping routes.

Benefits to the federal government

The commerce data service is also directly aimed at improving functions within the federal government. More specifically, the service will aim to streamline the acquisition of data from government bureaus, and will also attempt to simplify access to this data. Doing so will generate new methods of using Department of Commerce data in order to inform policies and future government initiatives. Ultimately, the goal is to harness the department's vast amounts of data into actionable insight to drive the U.S. economy upward.

The federal government is by no means the first entity to look to big data for answers. Companies in the private sector have been attempting to paint a picture of consumers using data for years. In fact, the market for big data is growing swiftly. The IDC forecasts that the global big data technology and services market will be worth $48.6 billion by 2019, boasting a compound annual growth rate of 23 percent from 2014 to 2019. This growth will be fueled by near-universal adoption of big data strategies among organizations – U.S. government agencies included.

The commerce data service lines up nicely with another significant trend: the push to improve federal technology infrastructure by shifting from legacy IT solutions to new technology such as cloud computing. Policies such as the cloud-first initiative and the cut and reinvest effort aim to modernize federal technology systems. The catalysts for these initiatives include the creation of a more efficiently operating government IT infrastructure, and cutting costs on duplicative spending, for example, through data center consolidation. The Commerce Data Service represents yet another important leap in the federal government's attempts to overhaul its technology systems by using the digital tools available in modern cyberspace – in this case, big data.

If the initiative is successfully executed, both the federal government and the private sector stand to gain, and maybe even the U.S. economy, too.