At this point, everyone understands the risk that agencies face in terms of cyberattacks. There are simply so many different kinds of threats organizations face that preparing to take on all of them is a massive undertaking. Despite this, big data strategies for local government offices are necessary to improve the quality of civil services for citizens. What this means is that local entities need to be able to better protect the servers they have housing their important data. For citizens, officials and professionals alike, security has become even more serious. The issue now is not whether or not groups should develop their own ways to defend their servers, but how their troves of data should be defended. With serious consideration going toward both the use of older types of protection like an Antivirus program, and modern-day methods of detection like endpoint threat response software, it is likely that agencies will see their servers increasingly layered by barricades against attacks. 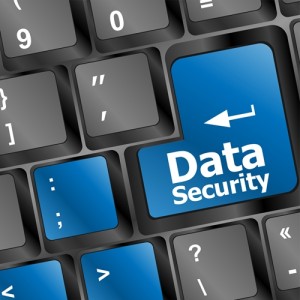 The last defense against attacks is, as always, insurance. Many organizations are buying into insurance policies for their cybersecurity networks in order to offset the major financial damage that these organizations can incur when the threats to their businesses become too large. According to Tech Times, cybersecurity insurance is now a $2 billion industry despite its relative infancy. The wake of major profile scandals like the Target and Sony hacks have left many groups ready to defend themselves from threats, even if they’re not yet sure what kind of enemy they’re facing. It is important to recognize the distinct difference in the types of damage that might be committed upon a local government server rather than a high profile company, and the motivations for doing so. While certain types of hackers will go after major organizations for the glamor of being able to be the winner in a David versus Goliath fight, ones that attack a local server of a government agency might have politically minded reasons – or other ideological ties – that might motivate them to cause more than superficial damage.

Working to protect people and children from cyberattacks is a priority of everyone currently, including no less a figure than President Barack Obama. In his recent State of the Union address, the president pushed for the passing of legislation regarding cybersecurity.

“No foreign nation, no hacker, should be able to shut down our networks, steal our trade secrets or invade the privacy of American families, especially our kids, ” Obama said. “I urge this Congress to finally pass the legislation we need to better meet the evolving threat of cyberattacks, combat identity theft and protect our children’s information.”

While most people are familiar with traditional “think of the children” style arguments as being a simple way to rally popular support about an issue, there is merit to this particular use of the trope. Children are frequently online, and share information a bit more freely than most adults do, thanks to the sheer amount of websites dedicated toward creating places for them to play online. Public workers and civil servants should consider how big data and big data strategies may impact cybersecurity needs for their workplace, and implement safeguards that protect any information they store on their servers from attack. Defending information from hackers may not feel like a heroic effort designed to save the children, but it can have massive consequences in terms of protecting the country’s most vulnerable citizens from being hurt in the long run.

Working with modern day security features isn’t just a good idea for agencies – it is a necessity.