As organizations amass a growing amount of information, the use of big data has been shown to offer numerous advantages in practically every industry. One area that is only just beginning to harness the benefits of big data is the public sector. In an interview with BizCommunity, Logikal Consulting CEO Gerald Naidoo noted that policymakers and agency officials can utilize big data to improve the work governments are doing in areas like transportation, emergency response, utilities and social programs. 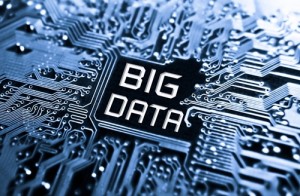 According to the Chicago Tribune, scientists have found that the majority of useful data is created as “exhaust” from the growing number of digital devices used every day, meaning beneficial information will continue to be created in larger amounts. Cities around the world are beginning to realize this and over the last decade have started initiatives to collect data about a variety of things, from air quality to traffic flow, in an effort to make cities operate more safely and efficiently.

“By harnessing the power of big data, government can make better decisions, streamline operations, boost efficiencies and be more transparent to its citizens. This is particularly relevant when considering data security and privacy,” said Ravi Bhat, COO of Logikal Consulting, in an interview with BizCommunity. “Cities are becoming smarter, and are leveraging big data to better their planning and management, infrastructure and services, to make cities better to live in, more user friendly and of course more green and sustainable.”

Law enforcement officials can harness public data to more efficiently identify high crime areas, and first responders can utilize it to improve communication and better coordinate emergency relief efforts. The more data that is recorded, the better cities can become at predicting which neighborhoods will become hot spots, as well as being able to detect and report threats to public safety. Big data initiatives are also advantageous to transportation departments, which can use them to reduce traffic jams and identify areas that are most in need of maintenance in order to best utilize limited resources.

According to CloudTweaks, the City of Boston recently began a big data project in the hopes of increasing traffic efficiency, and Paris has introduced an initiative to help predict congestion on public transportation. But perhaps the most wide-spread use of big data has been implemented by Chicago, which uses sensors to measure air quality, sound volume, precipitation, light intensity and wind, as well as counting the number of people in a certain area by observing cellphone traffic. Chicago hopes to use the information collected by the sensors to improve the city in a variety of ways, from reducing homeless populations to improving traffic flow and the general quality of life.

Researchers have dubbed Chicago’s efforts the “Array of Things” project and hope that by making such a wide variety of data available to the public, scientists and government officials will have the tools to make the city a safer, cleaner and more efficient place to live, according to Charlie Catlett, director of the Urban Center for Computation and Data. Catlett and the program’s other creators hope to have a permanent system for data collection boxes scattered across the city, with their information available for use by a variety of researchers who want to test ideas for improving Chicago but wouldn’t have the resources to build testing infrastructures otherwise.