Federal, state and local government organizations are starting to make the shift toward the cloud. According to CloudTech, the cloud is gaining ground in government agencies despite slow rates of adoption. Government incentives are transforming how health care organizations store their medical records in the cloud, and the Department of Defense is moving toward using more cloud-based processes in the future. What does this mean for the rest of the government agencies still struggling with the idea of the cloud? 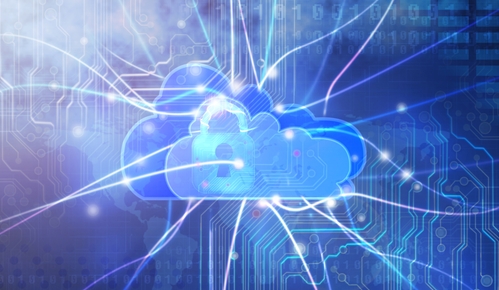 Where are we now?

Public sector cloud adoption has been markedly slow. According to a report from the U.S. government accountability office, only an average of 2 percent of IT budgets was spent on cloud computing in 2014. In addition to that low number, the seven largest federal agencies – Agriculture, General Services Administration, Health and Human Services, Homeland Security, the Small Business Administration, State Department and the Office of the Treasury – didn't consider cloud computing for 67 percent of the projects they completed last year.

Despite the low adoption rate, the GAO report revealed that agencies saved around $96 million from the implementation of cloud services, demonstrating the real benefits of government cloud computing that could be realized if more agencies were to adopt it. For instance, the general services administration saved $2.6 million by utilizing the cloud for customer service. If all agencies were to move just some of their processes to the cloud, they could see clear savings. This includes state and local organizations strapped by budget concerns.

Recently, the national security agency also announced it would be moving processes to the cloud. According to TechTarget contributor Beth Pariseau, the agency intends to migrate infrastructure relating to information sharing and discovery services to the cloud.

"The capabilities are there to meet our specialized needs for confidentiality, integrity and availability [of data]," said Alex Voultepsis, chief of the engineering and planning process for the NSA's intelligence community service operations group. "We can shift our focus from commodity things to mission-focused customer-facing things."

Another government organization that is making waves by migrating data and applications to the cloud is the federal communications commission. According to government technology, the FCC declared earlier in July that would be moving 100 percent of its data and processes to the cloud by 2017. The Obama Administration recently allocated $7.5 billion of next year's federal budget for provisioned services, and the FCC will be taking advantage of it.

"The FCC is lifting their servers, shifting entirely to cloud computing and rewriting their applications for cloud and everything in the future," said Tony Summerlin, senior strategic adviser for FCC.

Maximizing the cloud computing resources may be a long way off for government organizations, but these are clear examples of agencies using the cloud to better care for the public and engage the communities they serve. Governments at every level can benefit from storing and analyzing data in the cloud – it's just a matter of getting them to adopt it.