Those that work for the government have known for years that it has actually been ahead of many private businesses in terms of adopting current technology. Cloud computing for government agencies has become increasingly common, and this is just one example. Any other ways in which the government sector has been lagging behind are now becoming some of its stronger points in terms of technological acuity. As the rest of the technological world becomes increasingly mired in exclusive platforms and competitive design in software used to edge others out of a specific marketplace, federal systems are embracing some of the original elements of the “hacker” community. Specifically, open source software and its “information should be free” ethos are being used to help government workers get the most out of their cloud computing platforms. 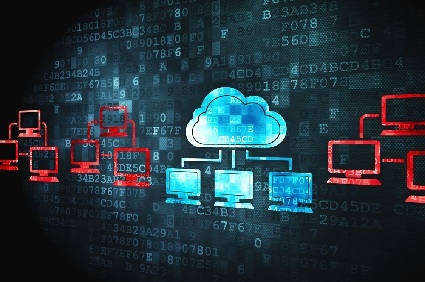 One major area hat the White House is currently embracing is open source tools in federal systems, according to Federal News Radio. This will be great news for those currently using cloud computing systems on White House frameworks, as the tools provided by organizations in this realm can go a long way toward providing ease-of-use fixes for workers in those environments. Ultimately, using tools that enable quicker, easier maintenance of cloud computing systems is a win for the White House, and open source community have a strong track record of providing capable programs within the field of network software.

Of course, it’s not as though open source software is the only reason that embracing the cloud can be useful for federal organizations. Issues of transparency, ready access to data and ease-of-use have always plagued federal websites. Thanks to the growth of modern day cloud computing architectures, many of these old problems can be fixed. Information stored in the cloud can be accessed by anyone with the right credentials. Obviously, this can be dangerous if the system is hacked, but utilizing two-factor authentication in combination with strong encryption can make these platforms much safer than most organization’s own servers. Further, the ability to get information directly from a cloud server no matter where an employee is makes a big difference in how quickly they are able to use that information, which ultimately serves to make the cloud highly useful.

The personal touch and why the cloud makes everything better

One reason that cloud computing for local government agencies works is that users are able to get upgrades and updates to their software in real-time. Outages that might otherwise be common as a given organizations upgrades its network framework simply don’t happen in the same way for groups using cloud servers. By using a centralized private cloud network with other agencies in an  area, a set of local agencies can pool their resources for a highly reliable, always-on network that allows them to very easily get a lot of work done very quickly. In this way, it is possible for an agency to dramatically reduce the amount of time it spends working with its data, and instead increase the amount of time it is using it.

The cloud changes how IT workers within an agency and other employees interact. Instead of having IT personnel on staff simply to make sure that a network functions, they can be used to provide expertise to discussions and options provided by other workers. This alone may be the most useful part of computing for agencies. Being able to communicate with technology experts instead of being forced to use expensive IT workers for routine maintenance can make it much easier for a group to make effective decisions in the long-term.