A new $1.1 trillion spending package for cybersecurity for federal agencies was passed recently, hopefully giving government groups the tools they need to properly defend their servers from incoming attacks. This spending is going to agencies including the FBI, the Department of Energy and the Department of Defense, according to The Hill. These types of increases in spending are necessary in today’s struggle to keep criminals out of servers. Recent hacking attempts on various retailers have brought the insecurity of typical digital infrastructure to the forefront of the public consciousness, which has lead to a widespread outcry for more safety on the Internet. 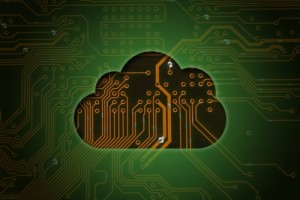 Agencies that are interested in protecting themselves may utilize cloud computing for government strategies, an increasingly popular method of increasing the capabilities of an agency’s servers while also improving their security. This setup is useful because it prevents people from dealing with some of the major problems that can plague an organization, like porting files between networks and information transference. Through the utilization of a cloud server, an organization can solve those problems while still investing in the stability of their network. Luckily, government agencies may have more help in the future due to new initiatives by the Department of Justice.

One cyberheist campaign last year cost the victims $45 million dollars in a few hours, and was partially responsible for the creation of a new computer crime and intellectual property section of the DOJ, according to eSecurity Planet. This is the latest in a long line of policies by the U.S. that have been aimed at increasing the safety and security of their servers. Thanks to this and the efforts of other organizations, there may be more arrests and convictions of criminals who attempt to hack servers or cause other acts of vandalism online.

As time goes on, there will be further increases in the amount of time and attention needed to combat online crime. The organizations that are currently involved in defense from hackers will need to stay strong in order to defend themselves from security threats. Utilizing powerful cybersecurity measures is a major element of these defenses. As agencies ponder their next move, they may want to invest in cloud computing for government organizations. A private cloud can greatly assist a group in the defense of their data.