Support for Microsoft’s Windows XP officially ended April 8, 2014, though security updates for Windows Server 2003 will still be provided until July 2015. These updates will help IT departments keep systems secure while migrating towards new servers and a new operating system. 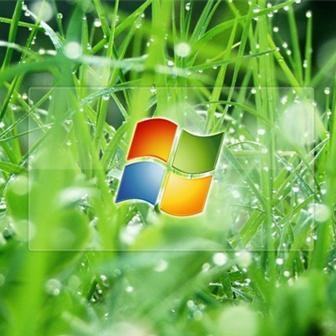 When Microsoft initially announced its decision, many users of XP and Windows Server were not pleased because of the stability the two offered to virtually all clients, or because the financial commitment was too great. Consumers, businesses and government agencies relied so much on the operating system that many refused to upgrade to a newer Microsoft service and merely shrugged off warnings.

In fact, as of March 2015, XP remained remained the second-most popular operating system in the world, with a 16.52 percent usage, according to Net Market Share. That number alone is remarkable considering that XP has been facing a perpetual day-zero vulnerability cycle. TechRepublic said the true number of threats facing XP may be unknown because it is now permanently at risk. Government agencies refusing to drop support for XP and Windows Server need to be made aware of factors that will push them towards upgrading. Windows Server 2003 may be the biggest worry because of the sheer number of servers still in use by businesses and agencies.

According to Redmond Magazine, there is an estimated 24 million instances of Windows Server 2003 running on 12 million physical servers, with only three months until Microsoft ends support. Government agencies still using the legacy hardware cannot simply turn off servers, as that will lead to a reduction in public services.

At this point, Microsoft is still providing custom support to government agencies and clients requesting it. Yet, support for the legacy hardware is expensive. Gartner said operating Windows Server 2003 past the deadline can be expected to cost agencies $1,500 per server. Theses costs can rise if, after the July deadline, severe attacks occur and result in financial harm.

Migrating to a new set of hardware and Windows operating system takes time, approximately nine to 15 months, according to Gartner. This timeframe encompasses research, upgrading, testing and rollout. Suffice to say, government agencies that have yet to think about migration will not meet the July deadline. However, it is not too late to contact a government IT solutions vendor to begin the switch. If Windows Server 2003 is still sorely needed, virtualization of the servers is definitely a possibility. Agencies will also have to work with IT professionals to determine the priority certain applications and services need to be moved in.

Also, governments should not expect a last minute reversal from Microsoft regarding server support, all the more incentive for migration. Federal IT services will help and provide the necessary support and infrastructure to keep government agencies running securely.