Cybersecurity becoming a more important issue for the White House

Ashton Carter, Obama’s new lead, has an eye for cybersecurity​, according to the Washington Post. This is good news for all federal agencies, as the threat of cyberterrorism is real and should be recognized as such. With constant attacks upon banks, online retailers and other institutions, it seems like only a matter of time before a major hit happens where it can affect the lives of citizens directly. In order to deal with this problem, cloud computing for government and big data strategies are needed to understand how attacks are getting to various agencies and how to​ stop them. Part of the fundamental difference between how normal attacks work and cyberattacks work is that digital threats are inherently secretive. It may be difficult for a company to know they are under siege unless they are actually damaged, or if an attacker chooses to reveal  him or herself. 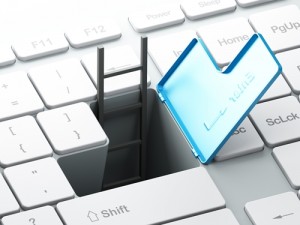 Dealing with hidden threats should be left to experts. One of the powerful elements of cloud computing for government agencies is that it allows an organization to outsource its security to a firm with more expertise. Working with a group that understand the threats that large institutions face when dealing with hosting data online can make it much easier for a company to safely store its information. Without this kind of fallback it can be difficult to deal with the myriad of threats that are out there, and there are enough to make it difficult to understand where to allocate resources. Utilizing encryption, strong levels of security protocol and other elements make security a key issue in this new war front, and those in charge need to understand how cybersecurity works in order to protect the interests of the U.S. and its citizens.

Cybersecurity and the cloud

With elements of cybersecurity becoming considerably more important in recent years as it becomes a larger element in the public consciousness, it is becoming apparent that not every organization can handle the work on their own. Working with the cloud might save smaller groups from being attacked by criminals, which are becoming more common. When many hacking issues hit places in all areas of the country, even smaller areas like Huntsville. Finding and preparing a plan of defense against any sort of cybersecurity threat is a necessary part of creating a strong business in the modern context of defense.