A new academic study released recently has found that the crowdsourced competitions that have become so popular with government agencies of late may actually be doing more harm than good.

Many organizations, government and civilian, have attempted to tap into the shared knowledge of Internet users through open-source platforms and generate ideas without a middleman. Those same channels that can make information creation so convenient, however, can also make crowdsourced initiatives susceptible to malicious behavior. The study, published in the Journal of the Royal Society Interface, discovered that the inherent openness of crowdsourced competitions is what made them more vulnerable to attacks, especially those contests featuring a “winner takes all” prize. 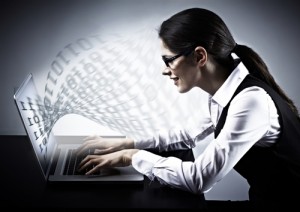 “[T]he openness makes crowdsourcing solutions vulnerable to malicious behavior of other interested parties,” said one of the study’s authors, Victor Naroditskiy​, in a release. “Malicious behavior can take many forms, ranging from sabotaging problem progress to submitting misinformation. This comes to the front in crowdsourcing contests where a single winner takes the prize.”

While crowdsourcing often encourages cooperation and the open sharing of information, researchers found that the idea of a high stakes prize coupled with the ability to know how each contestant is ranked brings out negative competitive instincts in many contestants. The study was conducted in partnership between researchers from the U.K.’s University of Southampton and National Information and Communications Technology Australia and was concerned with analyzing the behavior of participants from several recent online crowdsourcing competitions.

Researchers used game theory in order to consider the tradeoff between the possibility of innovative ideas being created through crowdsourcing and the potential for that creation to be hampered by malicious intervention. The scenario of the Prisoner’s Dilemma was used to evaluate participants’ behavior and showed that, even though it would be in their common interest to work together, people often do not cooperate with one another and often even sabotage each other.

One of the competitions analyzed in the study was the Shredder Challenge presented by the Defense Advanced Research Projects Agency. The contest was made up of five separate puzzles involving a number of destroyed documents found in war zones. The challenge required participants to identify each document’s contents and solve a puzzle embedded within the reconstructed document. As the competition was nearing its end, a team from the University of California San Diego appeared to have a solid hold on the lead, according to researchers, but suffered a “relentless number of coordinated overnight attacks.”  While it may have been advantageous for the other teams to let the UCSD group stay in the lead and continue providing clues to the search, competitors continuously impeded their efforts through repeated hacking attacks.

Another competition cited by researchers, also conducted by DARPA, was the agency’s Network Challenge. Participating teams were attempting to utilize the Internet and social networking to be the first to submit the accurate locations of 10 red weather balloons moored at sites across the country. The contest’s organizers, however, received a large number of fake submissions, including fabricated pictures of people posing as DARPA officials..

According to researchers, the results of the study showed that “despite crowdsourcing being a more efficient way of accomplishing many tasks, it’s also a less secure approach.