The biggest threat to security may come from within

Federal agencies are always worried about the security of their systems. They should be. The amount of organizations that have been hit by cybercrime has only gone up in recent years, and it will likely take even more public knowledge of the problems out there for more groups to take it seriously. Thankfully, there are some government IT solutions for those that want to defend their information while still being able to proceed as normal. There are many risks out there, but vigilance can allow organizations to limit their exposure to the most deadly attacks over time. In the end, it is more about damage prevention than actually blocking attacks. 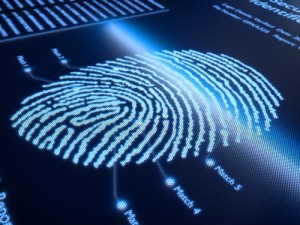 Some types of malware simply can’t be prevented. For example, any agency that received Lenovo tablets in the past year or so may have had malware lurking on their systems since they were first booted up. Advertising software was shipped with these devices, and while it didn’t track keystrokes or user information, it does make it hard to determine what websites are safe, according to CNN. This is because the software, Superfish, changes how a browser reads certain security certificates, making it potentially vulnerable to phishing attacks or other, similar problems.

Protecting government computers from attacks on all sides

Ultimately, the issue of how to keep public information out of the hands of criminals comes down to reducing the exposure has to dangerous scenarios. This is why some types of cloud computing for government agencies can be so helpful. Keeping data separate from office computers and protected by two-step encryption can make it much more difficult for it to fall into the hands of thieves. This kind of protection also keeps the data out of the hands of average users, which is important when dealing with national security. Many countries are using spyware in order to keep track of large amounts of information on computer systems.

Ultimately, the goal of any agency should be to limit the potential damage the public could face as a result of a breach at the institution. This is why using strong encryption services to protect information is so important. Without careful attention to the possible problems that could afflict government servers, IT leaders within these groups could put people at risk. With a watchful eye and a careful approach to how information is saved and stored, it is possible to keep people from harm.