Government data centers consume a considerable amount of power and resources, and can significantly affect operations if any downtime were to occur. The Federal Data Center Consolidation Initiative, established in 2010, aims to consolidate at least 800 of the 3,000 government-owned data centers. As the definition of data center changed, there are now about 9,600 active facilities. However, due to such lofty expectations, many organizations have varying results in their downsizing efforts. 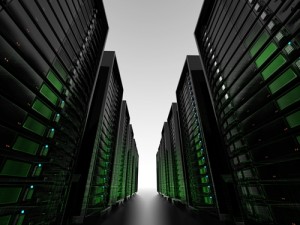 What are the actual savings?

One of the biggest reasons to downsize is the amount of revenue saved from mitigated costs. The Government Accountability Office estimated that $3.1 billion would be saved through next year, however, agencies only reported saving about $876 million, Data Center Knowledge reported. The GAO report noted that this gap could be a result of the inability to calculate their baseline, pre-consolidation costs as well as communication issues.

The Department of Defense aims to close 940 of its 2,308 facilities, while agriculture has planned to consolidate 2,254 of its 2,277 data centers. These are considerable expectations and the pressure to follow through with these goals is mounting as the deadline for consolidation strategies is approaching. However, by closing these facilities, agencies can utilize their available resources more effectively and receive a higher ROI for their operations.

Since 2013, Representative Anna Eshoo has aimed to write legislation for federal data center energy efficiency improvements, but has failed to pass. In March, Eshoo reintroduced the Energy Efficient Government Technology Act with support from other house members, and is currently up for evaluation. According to Data Center Knowledge, if enacted, agencies would need to demonstrate plans to buy and use more energy-efficient technologies and regularly report on the efficiency improvements in their data centers.

Oftentimes, there is little incentive to update systems, especially if agency facilities are operated by other companies. However, if a mandate was passed, there is a large possibility that organizations will start to pay attention to efficiency initiatives.

The rise of the green data center

While there's likely no such thing as a purely green data center, more facilities are leveraging resources that will decrease their overall footprint and help them be more efficient. In fact, according to Transparency Market Research, the global green data center market is predicted to reach $221 billion by 2022, growing at a rate of 30.8 percent. The report noted that this growth is largely the result of the increase in requirements for efficient data centers as well as regulations set by government entities to promote usage of these types of facilities. Europe and North America dominated the market in 2014, while efforts for energy efficiency spread across the rest of the world.

"The rising level of awareness among consumers pertaining to energy efficient data centers and various government regulations mandating the usage of eco-friendly equipment in these data centers are remarkably fueling the green data center market in these regions," the report stated. "IT and telecom sector is the major end-use segment of green data centers in North America.