The federal government has been struggling over the course of the past few years to stay in stride with evolving technology trends. Various initiatives such as the federal information technology acquisition reform act (FITARA) have been conceived specifically for this purpose, and while 2015 saw it's fair share of successes, agencies were also confronted with several big setbacks. 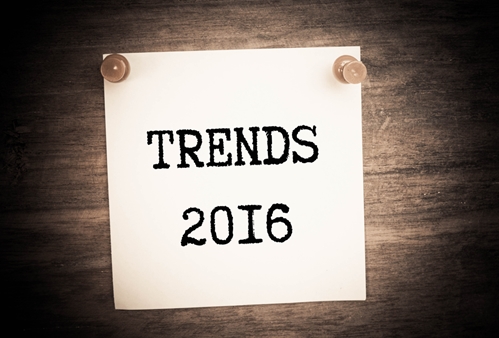 Nevertheless, the journey for federal IT reform must go on. In his final State of the Union address, President Barack Obama stressed the importance of finding ways to "make technology work for us, and not against us." With 2016 upon us, let's take a look at some of the key areas that government IT leaders will most likely keep top of mind this year.

Cloud computing: Will it streamline IT infrastructure?

One of the big problems with government cloud migration has been a lack of well-defined adoption practices. In 2015, some agencies, such as the Department of Defense, were called out for a lack of clear methodologies for the acquisition and organization of contract vehicles. Still, just as many agencies and departments made strides toward virtualizing certain services and applications, and will continue to do so through 2016.

Going forward, there is little doubt that cloud migration will continue to be a central facet of a government IT renovation. Specifically, Nextgov forecast greater adoption  of public cloud resources, which will not only help make public services more widely available to citizens, but will also improve sharing of enterprise-grade resources among government entities, and even drive the adoption of cloud computing among state and local government entities. The extent at which cloud migration will occur still hinged upon agencies' ability to have a streamlined migration process. Nevertheless, as more experts in the public sector continue to trust the cloud, as government spending on cloud technology increases and as mobility trends and the Internet of Things continue to develop apace, there is little doubt that cloud computing will only become more prominent among the feds in 2016.

The good news is that shortly after the revelation, the Office of Management and Budget began prepping to unveil a new strategy for data center consolidation that would hopefully get government agencies back on track. In other words, despite the discouraging news, data center consolidation is still expected to continue full steam ahead in 2016, starting with a forthcoming revision of the data center policy for the federal government, which should be announced in the very near future.

Big data will continue to be a big focal point

Big data strategies were a central focus of federal agencies in 2015. The U.S. commerce department announced the commerce data service in November as means to better aggregate and share important trade and commerce data with government agencies as well as businesses in the private sector. The goal is to help public and private organizations make better business decisions that will ultimately lead to the creation of new jobs, and in the long run, further improve the already reviving U.S. economy. Later that month the Whitehouse devised a plan that would use big data to provide states with details about Syrian refugees living within their borders.

As the ongoing digitization of resources in chorus with the proliferation of the Internet of Things and enterprise mobility generate unprecedented quantities of data, the U.S. government's efforts at creating effective big data strategies will most likely intensify. Big data gathering and analytics can help government entities learn more about the people they serve. For instance, data can be used to understand crime trends, better allocate government services and as the Commerce Data Service shows, possibly even improve the U.S. economy.

The number of possible applications for big data is endless and with smart cities and other opportunities for government innovation looming just over the horizon, big data's biggest days are yet to come.