Federal agencies are targeting the IT talent gap

Of all the cyberattacks over the course of the past few years, the Office of Personnel Management breach has arguably weighed the heaviest on federal officials. Earlier this year, an estimated 21 million former and current government employees had personal information pilfered as a result of the OPM incident. The breach also resulted in biometric data of more than 5 million government employees being exposed to cybercriminals.

The attack proved, among other things, that federal agencies are just as susceptible to the malice of cybercriminals as any private organization. It also sparked new conversations about the evolution of government technology such as cloud computing and prompted the creation of initiatives directly aimed at improving federal IT infrastructure and recruiting the IT talent needed to make this happen. 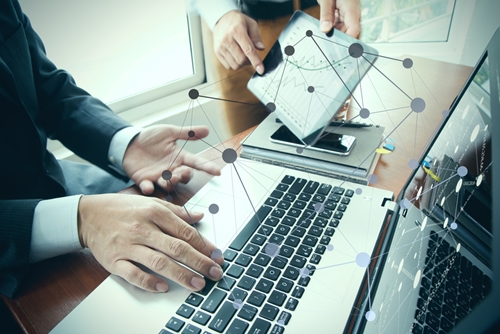 OPM and CHCO target the federal IT talent gap

Despite the breakneck pace at which technology is evolving and the rate at which hackers are breaching high-profile companies, the current cyber talent gap is vast. This is especially true for cybersecurity. According to a recent study by Raytheon and the National Cyber Security Alliance, the number of available cybersecurity jobs since 2010 has increased by 91 percent. And yet, the research also notes that organizations are struggling to fill these posts, partly due to a lack of awareness regarding demand for these jobs.

In a bid to avoid succumbing to this trend, the federal government made closing the cyber talent gap within its agencies one of the priorities of the cybersecurity strategy and implementation plan. OPM and the Chief Human Capital Officers Council have taken an important step toward achieving this goal by announcing a deadline for agencies to submit a list of five cyber talent roles that they most need filled. According to a recently released OPM memo, the Office of Budget and Management has created a template for a resource chart that agencies must fill out and submit no later than Dec. 17. The purpose of the initiative is to improve IT infrastructure among agencies by forcing them to identify gaps in IT talent.

While the creation of the chart does stem directly from a government initiative primarily focused on improving government cybersecurity, federal agencies will identify talent gaps in various specialty areas of IT. This will help federal hiring managers recruit IT talent who can improve the weakest federal IT services in each government agency.

Federal IT services have a long way to go

The current renovation of federal IT infrastructure is slow-going at best. Efforts at cloud migration have continually fallen short of goals due to cybersecurity concerns. Incidentally, cybersecurity is also falling short, and in some cases as a direct result of poor practices among government workers. Even data center consolidation efforts are lagging. The Government Accountability Office recently announced that the federal government has 2,000 more data centers than initially reported. Not to mention, the recent November 2015 FITARA scorecard gave most federal agencies a grade of D or lower in their IT overhaul endeavors. By most measures, federal IT services still have a long way to go before being considered ideal, both in terms of cost efficiency and overall modernity.

However, OPM's resource chart and the announcement of a rigid deadline are concrete steps toward closing the cyber talent gap in specific areas. Exactly how far-reaching this initiative will be remains to be seen, and will largely depend on the level of compliance among federal agencies, as well as subsequent application of the information obtained from the OMB's chart.

Government agencies may upload their completed charts between now and Dec. 17 via the OMB's MAX page.