Earlier this year, Baltimore experienced a barrage of protests, some of which devolved into riots, following the untimely death of Freddie Gray. The turmoil thrust the city into the media spotlight, and under closer scrutiny from the nation. And while the catalyst was a series of incidents involving local law enforcement's use of violence against African-Americans, the city has taken several steps recently in an attempt to improve the overall quality of life for its residents.

How CitiStat turned big data into actionable insightIn 2000, under the leadership of then Mayor Martin O'Malley, Baltimore first began using CitiStat. Initially, the system was meant to provide real-time analytics for the mayor's office to monitor stats such as sick leave and overtime to cut costs resulting from absenteeism. The system worked, as the government reported savings of $13.2 million within the first year of implementation, according to the Center for American Progress. 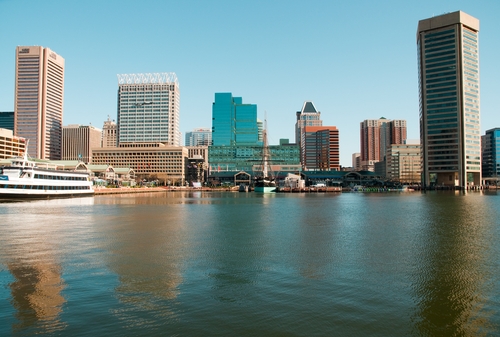 "This focus on the numbers, not surprisingly, has produced dramatic improvements in government performance," noted Teresita Perez and Reece Rushing with the CAP.

As a result, the program eventually expanded to become a government data management tool that encompassed all city programs and service. Basic roadway infrastructure, littering and illegal dumping, sewage overflows and other problems falling under the purview of the city were recorded as data. Response times to these problems were also recorded, creating a performance metric for the city's services, and simplifying the process of highlighting geographic areas that were being underserved.

The system saved hundreds of millions of dollars following implementation, and it was subsequently adopted in major cities across the country, according to The Baltimore Sun. By all measures, big data strategies have improved life in the city of Baltimore, as it is still in use throughout the country today.

Updates aim to revamp the system

In March 2015, CitiStat came under fire in an op-ed published by The Baltimore Sun. The author made the case that the system, which was being successfully deployed throughout the country, had been neglected in its city of origin, and deserved to be prioritized once again by city officials.

It would seem that Mayor Stephanie Rawlings-Blake got the message; The city of Baltimore announced OutcomeStat earlier this month, according to a recent report via Technical.ly Baltimore. OutcomeStat is a public website that leverages data acquired through CitiStat to more directly drive improved quality of life for residents. This data is grouped according to which city goals it applies to, and the website lists these goals as "Cleaner Streets," "Safer Streets," "A Healthier City," among various other categories. It will then be used to influence the city's budget priorities, and inform policy changes that will hopefully improve quality of life for residents.

Baltimore's updates to CitiStat highlight the significance that government data management now plays in municipal policy management. With effective big data strategies and analytics capabilities, policymakers and city officials can peer into stashes of valuable information that can create better communities. With time, effort and big data, Baltimore's best days may be ahead of it.