As the federal government continues to ramp up its data center consolidation and cloud migration efforts, U.S. municipalities continue identifying new ways technology can improve infrastructure and quality of life for residents. One example of a pilot program that has generated results came in the form of San Francisco's use of surveillance technology to alleviate congestion of public transit. The Transit-Only Lane Enforcement (TOLE), which was first introduced in 2007, was signed into law by California Governor Jerry Brown earlier this month, according to The San Francisco Examiner. 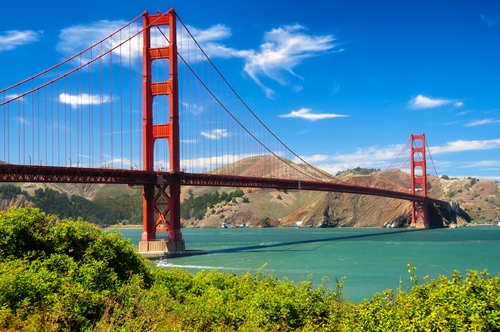 How TOLE works, and what it means for commuters

The purpose of the TOLE test run was to prevent cars from double-parking and standing or stopping in locations that could obstruct the flow of public bus routes, called Muni-only lanes, so public transit users could reach their destinations in a timely manner. Rather than using the traditional method of sending out local law enforcement to make rounds and ticket unlawful parkers, TOLE employs strategically placed cameras as a way to identify and cite culprits.

Staff members can monitor these video feeds and document license plates to issue citations remotely, a tactic already employed for some traffic lights and toll booths.The decision to permanently implement the program is based on data showing that travel time has been reduced 20 percent for hundreds of thousands of daily users of public transportation, according to Paul Rose, spokesperson for the San Francisco Municipal Transportation Agency, as reported by GovTech.com.

San Francisco represents only one city that is harnessing the power of technology to increase government enforcement on a local level. Seattle, for example, is using big data to create real-time crime maps with the goal of more quickly responding to incidents, and possibly even reducing crime long term. In Mesa, Arizona, the police department has already succeeded at lowering crime rates by creating a way to almost instantaneously share data with neighboring cities and towns. Buenos Aires in Argentina has installed sensors in storm drains that help prevent flooding.

If more local and municipal governments begin leveraging the power of cloud computing and big data strategies, the possibilities for manageable, smart infrastructure increases. This will be especially true as the number of connected devices continues to grow thanks to the rise of the Internet of Things. In addition to a smoother morning commute, as is the case for San Francisco, innovative technology can create a better quality of life by fostering more energy-efficient and safer communities, especially for city dwellers.