Federal IT infrastructure is due for an overhaul, and by most measures, it would appear that U.S. IT leaders are doing what they can to make this happen. A bevy of policies such as the cloud-first initiative and the federal information technology acquisitions reform act have been implemented over the last five years in an effort to enhance federal IT services. Furthermore, the government accountability office has continued to prod federal agencies to implement more efficient IT infrastructure. A recent example comes in the form the November 2015 FITARA scorecard. By and large, the scores were below average among agencies, but the fact that GAO continues to monitor the progress of these agencies is a sign that government technology services are becoming a priority. 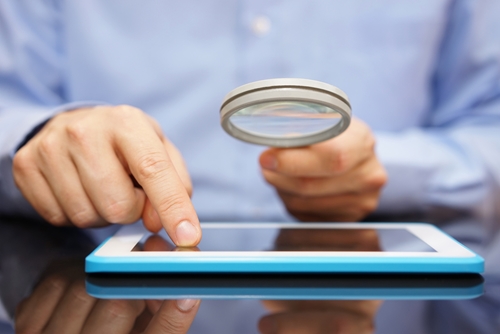 Mobile cybersecurity is a growing concern

One area of federal IT technology that may actually require closer monitoring is government employees' use of mobile devices. A recent survey conducted by mobile security firm Lookout revealed that security best practices are not being applied to the usage of mobile devices in government offices. In fact, 85 percent of respondents admitted to engaging in risky IT behavior on mobile devices, despite the fact that 58 percent of IT workers are well aware of the risks, according to TechNewsWorld.

This is not the first time government workers have been called out on their lack of best practices when it comes to mobility. A 2014 study via Mobile Work Exchange and Cisco revealed similar findings. Through the usage of a self-assessment tool, the study found that 41 percent of government workers are putting their respective agencies at risk based on their current usage of mobile devices. Other alarming findings were that 31 percent of the respondents were using public Wi-Fi, and 25 percent were failing to implement proper password protection.

In addition to data center consolidation and improved big data strategies, cloud migration has been one of the most focused-upon facets improving government technology. Incidentally, cloud adoption has been considerably behind pace primarily because of concerns about cybersecurity. Some federal CIOs have continued to express distrust in cloud vendors, citing fears that moving data to the cloud is a cyber risk, despite U.S. CIO Tony Scott's recent assertion that the cloud is safe.

And yet, now studies are showing that mobile best practices are not being implemented among federal agencies, despite the fact that the growing number of cyber threats has prevented many agencies from leveraging the power of the cloud. This highlights the fact that the security of burgeoning technologies – such as mobility and cloud computing – will largely hinge upon proper usage. There is considerable debate regarding the inherent security of cloud networks; however, there is zero debate regarding the lack of security that results from risky computer usage. As long as shadow IT continues to plague government agencies, there will be exploitable vulnerabilities in any and all government technology that could lead to serious data breaches such as the Office of Personnel Management fiasco this summer.

Going forward, cybersecurity will continue to be a top priority when assessing the evolution of government IT services, as it should be. However, in conjunction with adherence to best practices, federal agencies may soon be able to leverage the full benefits of recent technologies such as mobility, and cloud computing with considerably less risk involved.