Why federal IT modernization is a big deal

Businesses across all industries have been traditionally reluctant to migrate to new technologies and processes while leaving behind their tried-and-true practices. Sectors that are heavily regulated are even harder to sell on modernizing their hardware and software infrastructures due to the amount of considerations and challenges that can be introduced. 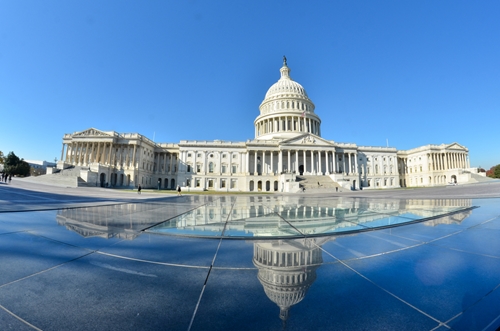 It's no surprise, then, that the federal government has been slow to upgrade and is still gradually making changes to its IT portfolio. Significant headway has been made in terms of data center consolidation efforts and cloud migration, but how much progress is the government making on other aspects of its IT setup? Let's take a look at the movement of federal IT modernization and how agencies are being impacted by these shifts.

Lots of focus on legacy

As much as some government entities want to move to better solutions, many of their services and operations still rely heavily on legacy technology. In fact, government decision-makers are spending 76 percent of the federal IT budget on older systems, according to Federal News Radio. This money is being put mostly toward maintenance for this infrastructure, leaving little in the way of funds for integrating, modernizing and enhancing available solutions. In response to this large focus gap, the Obama Administration has requested to establish an IT modernization fund worth $3.1 billion. This would go toward improving skillsets, developing better infrastructure and evolving current applications and hardware.

The aspect to understand here is that none of this change will happen overnight and it certainly won't come easily. Federal organizations are dependent on their outdated systems because they are familiar, and they just work. A briefing by the Government Business Council noted that some agencies are working with network infrastructure that is over 20 years old. By updating this area alone, the federal government could save $7 billion by 2020. Although the journey will be a challenging one, by using open standards and virtualization, government institutions can make great strides toward modernization.

The risks of transition

Although government groups can take advantage of a number of benefits when modernizing, this journey does have some risk involved. A SolarWinds survey found that half of participants experienced security issues during IT modernization and consolidation. Respondents also noted that complex management tools and a lack of training forced many of these initiatives to be left incomplete. When it comes to successfully modernizing, organizations must have sufficient budgets and tight collaboration efforts. These abilities will help lower the overall risk and address potential security concerns.

Although a number of trends like the cloud and mobile devices may be commonplace to enterprises and the public alike, government entities still consider this technology to be new. In fact, more agencies are jumping to support mobile efforts, but there are still improvements that can be made. The Government Accountability Office found that mobile devices and human resources software are the two biggest areas of federal IT waste, Nextgov reported. In its findings, the GAO made over 600 recommendations for how to solve these issues, but only 41 percent of them have been acted on. The shortcomings discovered in the examination show that agencies have a long way to go for improving their systems and successfully integrating new concepts.

In addition to the new ideas around technology and software, federal organizations should consider the human element as well. This approach should not be new, but many agencies typically design processes to suit their workflows rather than placing public service as a main priority. Federal Times contributor Gina Loften noted that when keeping citizens at the forefront, government groups can get to know their constituents better, identify what their needs are and deliver solutions more effectively. In many cases, government agencies are creating applications and websites that provide the public with information, services and feedback portals. This type of initiative will be essential in improving federal IT modernization efforts and overall civic satisfaction.

Federal IT is continually advancing to keep up with agency and civic demands. However, there is still a long way to go. By understanding the technology and being willing to try something new, government organizations can create a smoother transition and deliver better services across the board.