As the Ebola epidemic rages on in West Africa, the doctors and aid workers operating in the region are doing so without access to the necessary tracking and communication systems that allow for a successful disaster response. In order to better equip these workers and stop the spread of the virus, the U.S. Army is deploying tactical networks and mission command capabilities in the area. This will provide volunteers with the infrastructure required to improve communications between U.S. Africa command, deployed units, non-governmental organizations and other partners involved in operation united assistance. Among the systems being enhanced by the Department of Defense are email, video and satellite tracking, Nextgov reported. 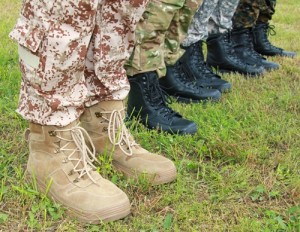 So far, the Army has enabled its blue force tracking system over the region to provide real-time messaging and location information for vehicles and workers. As the military’s mission in West Africa expands, the satellite capabilities will allow leaders to maintain accountability for soldiers and volunteers who are spread across a vast, undeveloped area. The BFT system works by transmitting feeds from GPS receivers over satellites to a central node, which then allows users to pinpoint the location of specific entities. The system is a part of the Army’s warrior information-tactical battlefield network.

Improvements being made rapidly

In late October, the Army partnered with the defense information systems agency to  extend satellite coverage, and had the system fully operational within a week of gaining authorization, the Army said in a press release.

“Having that infrastructure already set up, where you can turn on an option and have coverage, gives the Army the flexibility to respond to developing situations anywhere in the world,” said Lt. Col. Michael Olmstead, product manager for joint battle command-platform, which manages BFT.

Many of the actions taken to improve capabilities for units and organizations working within West Africa, like modem upgrades and Internet expansion, were already planned for operation united assistance, allowing the Army to respond rapidly.