While this is hard to hear for many agencies, data breaches are inevitable. Information kept on servers that are connected in any way to the Internet are inherently insecure, and there is little to nothing that can be done in order to prevent them from being broken into. Security at this point should not be measured in terms of “safe” versus “unsafe” but “likely to be hacked” and “unlikely to be hacked.” 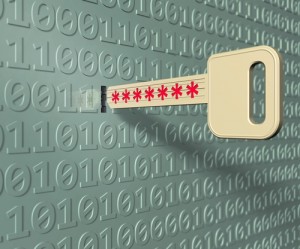 Governments can limit the kind of damage they can receive simply by making use of the information they have to the best of their abilities in putting it in places that are more difficult for attackers to access. While no server can be made foolproof, they can instead be reinforced to the point that they are cost-prohibitive to break through. This can make the idea of getting through to the data on a given server daunting to the point of being unrealistic.

Cloud computing for government agencies can help with this problem. Cloud computing firms have the resources to put top-level security features in place that smaller groups may not be able to afford. With information sitting on the most expensive and highly cared for servers, data can be made difficult to break into. Recent purchases by larger companies, including Symantec, have demonstrated the need for information security firms to stay ahead through both internal research and the acquisition of other technology firms, according to Forbes. What this means for the future of Internet security remains to be seen.

E-discovery may have lessons applicable for cybersecurity

The key for many agencies may not be incident prevention, but incident response. As rules governing e-discovery have grown, guidelines around how software is maintained and how data should be held have become more important. These same elements are key for the security of information on servers. That information should be encrypted, easily accessed, stored without personal identifiers and kept on foolproof backups. This isn’t just useful for making sure that data isn’t leaked, but also for absolutely guaranteeing that the data kept on a server doesn’t mysteriously disappear.

Of the many options available, cloud computing for government agencies may be one of the most useful. IT can simultaneously allow an organization to update how it uses data at the same time that it further secures it. This can be a great boon for any group.