Municipalities are beginning to realize the benefits of open data policies. Government's use of big data is gaining ground, and it's helping local agencies better serve citizens and maintain public safety. For instance, according to Government Technology, transit authorities are using a standardized data system only possible through the use of open data. The general transit feed specification, because it has common data formats and feeds, has allowed developers to streamline app development. 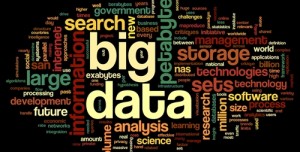 Open data has been touted by the U.S. government as a good way to make agencies more transparent and contribute to overall public awareness, according to Data.gov. Now, however, municipalities are finding new ways to put open data strategies to use. For instance, in nine cities around the country, building permit data was recently released as open data so that getting information about permits related to building construction can be standardized.

"The first step toward creating a building standard is getting agreement on what it will offer municipalities," said Eddie Tejeda, CEO of the building permit and inspection startup Civic Insight, which is helping to create the standardized data stream necessary for this kind of collaboration.

The open data standard for construction building permits may give government organizations more options for permitting solutions and may provide a useful comparative analysis of operations across jurisdiction lines. The hope is that this information about buildings and land can be more accessible, usable and valuable for citizens and developers.

Open data frameworks can benefit more than just building permit databases and transit authorities. The Health and Human Services agency is developing a project based around open data that will allow important data to be accessed by public users. According to Techwire contributor Ash Roughani, the HHSA is creating the demand-driven open data framework, which basically analyzes data and tells public data owners the most valuable parts. Access to this kind of information is helping developers create and test applications to be used for the good of the public. In addition, health officials in California hope that when big data can be accessed in this manner by health organizations, it can contribute to interagency collaboration around open health data.

These examples of open data help to solidify the uses of such policies in government organizations. A healthier, happier public is possible if federal, state and local agencies take advantage of the insights big data analysis has to offer.