Recent years have seen a push by federal, state and local governments to become more transparent. This entails governments voluntarily releasing data and documents for the general public to see. Some materials released may be old email exchanges between government officials or data tables looking at residential neighborhoods, according to Government Technology. However, not all publicly released data is considered useful. Information considered helpful can be defined as open data. 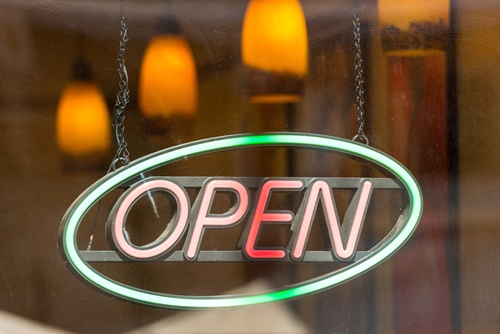 Governments have no doubt heard of big data and the benefits associated with it. Likewise, there are benefits to open data, but it is important to understand the distinction between the two.

“And I think it’s useful to think about how it’s different from big data in the sense that open data is the idea that public information should be accessible to the public online,” said Emily Shaw, national policy manager at the Sunlight Foundation said to Government Tech.

Organizations and governments cannot simply release data sets and call it open data. In order for information to be defined under this term, it must be technically open and legally open. The data must be presented in a format that can be processed by a computer application and licensed to permit commercial and noncommercial use without restrictions. For example, owning a popular word processor should not be a requirement to look at open data. This differs from big data because those large datasets typically require specialized software and database methods to read and comprehend.

What can be defined as open data?

Since 2009, the U.S. federal government has prioritized the release of information. The federal Open Government website is where regular citizens can go to see what has been released. Also of note, 30 states have open data websites, as do 46 cities and counties, showing that state and local governments are becoming more transparent.

There are numerous categories open data can fall under. According to Open Knowledge, government revenue, expenditure and other financial information can be released. Weather and environmental statistics have many potential uses, as does transport information, such as routes and on-time statistics.

How it can be used

According to a May 2015 article from Government Tech, open data has become an area where governments and organizations wish to use analytics to strengthen civil services. Already, some are advocating for open data 2.0, or the next logical step in this new field. To truly see the impact of open data, governments must view data as a public utility and not as a byproduct of services. Essentially, open data should be for public use.

“The most important mind shift that government leaders can make is to stop thinking about open data as a project they do on the side and start thinking about how they can use data strategically to solve the problems they – and their constituents – care about,”  Safouen Rabah, Vice President of products and services at the cloud company, Socrata, told Government Technology.

He suggested the adoption of real-time data applications and equipping every government department with its own application program interface. This combination could help push data to citizens. Another potential step for governments may be to map data to make it visually appealing and easier to understand. For instance, one of the top state datasets contains farmer’s market information. Someone moving into a state can then look up this data and decide to live within distance of a farmer’s market.

Governments however should be careful to not stifle innovation by not releasing data that can be used to enhance services. By not abiding by guidelines proposed by the Sunlight Foundation, a government may be doing more harm than intended. Technology and immense datasets have given rise to a new industry – civic tech. According to the Knight Foundation, these individuals and organizations “increasingly use the power of technology to connect people, improve cities and make make government more effective.”

State and local governments can help by providing the necessary information to this community. Governments should also make sure departments and agencies are operating with the latest equipment to handle large datasets and strong processing power. Federal IT services will know what works best for governments wishing to place a larger emphasis on open data.