New Amazon announcement and the future of government mobility

A much heralded, recent new product announcement got (and is getting) a lot of press and speculation.  I am talking about the launch of the new Amazon Kindle line. But what is so exciting? After all, the Kindle is just a book reader and is no competition for other devices from Samsung, Cisco and many others, including the one I am writing this entry on, the IPAD.  Right? 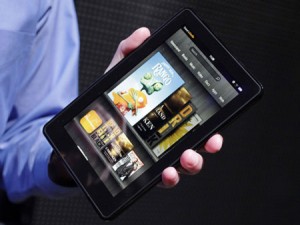 There is one big difference here.  Amazon has something to complement this seemingly simple product: They have a cloud (and a pretty good one at that).  How are these two items related?  Just like desktop virtualization moves the processing of applications (and games, animations and other applications that have heavy resource requirements) to the data center and uses the end user device primarily as a display device, the Amazon cloud could perform these calculations, charging the Kindle owner only for the resources they need, and then use the Kindle for the display device.

So what makes this important for all of us working and supporting the public sector? According to the latest Gartner “Top 10 List for 2012,” the top two IT initiatives for the public sector are “Media Tablets and Beyond” and “”Mobile-Centric Applications and Interfaces.”  They are going to be the two most important technology initiatives for us in 2012 and the years that follow.

That intersection of  ultra-portable tablets and mobile-centric applications meshes with what Jeff Bezos (the dynamic CEO of Amazon) has said in recent interviews, that the two technologies will be combined in the new Kindle, with the Silk browser that ships with the Fire teaming with the Amazon cloud to “pre-render” and thus speed up the delivery of web pages to the device.

But the possibilities go even further than that.  INTEL already has an interesting technology that they have developed to clone the OS/applications of the end user device in the cloud.  It’s called CloudClone (appropriately enough) and it’s smart enough to decide which processing should be done on the client device and which needs to be done in the cloud.  I’m not just talking pre-processing the browser here, but cloning the entire OS and application layers so that users with inexpensive, light, mobile devices, even though they pale in comparison to today’s laptops from a processor and memory standpoint, could have virtually unlimited processing power for the most intense applications imaginable.  All that is needed is the ever-more-reliable and available network connection.  Can you imagine using 1024 compute instances to calculate a really heavy calculation and then releasing all but a few of those instances, using the rest to display the results in pre-rendered 3D on the Kindle, while at the same time releasing all of the remaining compute instances?  There are some real challenges moving forward but thinking of the many variations is exciting.

Am I ditching my IPAD in favor of a Kindle immediately?  Of course not.  But it will be very interesting to see what develops with Amazon and their new offering —  interesting enough that I will probably invest in a new Kindle in pretty short order.  As I ready this blog post, I see an article that Amazon has struck a deal with Disney to stream their content.  You can see the article here.  To me, the possibilities are endless.