How can government agencies use wearable technology?

It seems like wearable technology is everywhere these days. The Apple Watch is one of the frontrunners in the industry, along with Google Glass and others like it. These kinds of devices are popular among the public already: according to Reuters, the Apple Watch had already sold 2.79 million units as of mid-June, and the numbers keep rising. People are using these devices for everything from shopping to activity tracking, but how can federal, state and local government organizations benefit from the big data generated by wearable tech as well? 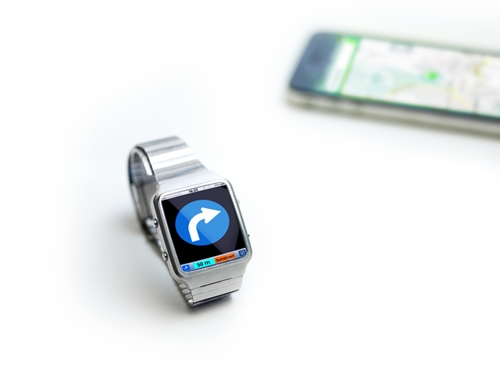 The tracking and data aggregating uses of devices like the Apple Watch could be beneficial for agencies looking to collect and analyze information quickly from the field. For instance, according to Government Technology, Utah utilizes a Google Glass app that provides real-time public transit information to people wearing the device. In the future, according to Utah CTO Dave Fletcher, there will be many apps to connect governments to citizens to help strengthen communities, and the possibilities are nearly endless.

“We all need to understand the kinds of apps that will make sense in that space,” Utah CTO Dave Fletcher said at the 2014 NASCIO Midyear Conference. “A lot of them are geo-based applications and services. You’re not going to port every app out there to the [Google Glass] interface because it has limitations, but it also has lots of potential for certain types of applications.”

FedScoop contributor Billy Mitchell cited presidential innovation fellow Adam Dole, who believed wearable tech could play a huge role in a few key areas of the federal government. For instance, public safety and awareness could be enhanced through applications that communicate vital information to citizens, like the one Utah is using for public transit. Applications could also help decrease the amount of physical paperwork necessary and increase the productivity of federal employees across the board.

In a 2014 study conducted by Rackspace, researchers found that the huge amounts of data generated by these devices will have an impact on the demand for cloud computing – and governments are poised to jump on board.

“We are already seeing wearable technology being used in the private sector, with health insurance firms encouraging members to use wearable fitness devices to earn rewards for maintaining a healthier lifestyle,” wrote study contributor Chris Brauer, co-director of the Centre for Creative and Social Technologies at the University of London. “It is likely that the public sector will look to capitalize on the wearable technology trend with a view to boosting telehealth and smart city programs.”

This means wearable tech will continue to drive demand for cloud computing. These devices generate and store a lot of data, which goes in the cloud. The steady growth in popularity of this tech indicates that organizations will need to invest in government cloud computing solutions in order to accommodate for the amount of data generated.