It's no secret the government has been having trouble with its data storage. Collecting information on a national scale is incredibly daunting, but putting that data to good use has proven to be quite the challenge. Sorting through big data has massive potential, but current data center administrators simply can't spend time analyzing this information.

A study conducted by IBM revealed that government analytics workers use 47 percent of their work day collecting data and putting it in order. What's more, the same report stated that less than a third of their day is actually devoted to analysis of this data. Basically, the public sector has the interesting problem of having more data than they know what to do with. 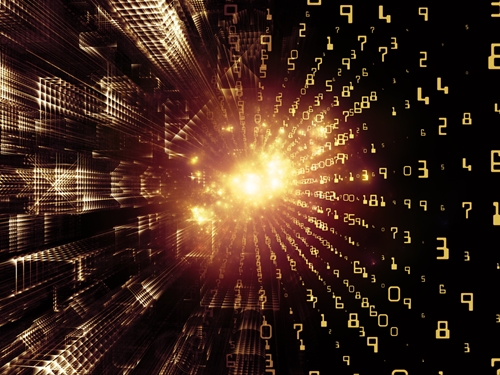 The true issue here is the fact that life has quickly moved to a digital space. Everything from birthday well-wishes to shopping is done online, and in order to root out threats to American safety, the government has to collect all of this information. In fact, the NSA alone is working tirelessly to keep a handle on the massive explosion of data. The agency has stated on its website that it collects what websites people visit, what they've looked for on a search engine, as well as their online purchases and much more. And that's just the data storage requirements of one section of the government.

This massive amount of information required a lot of data centers in the past, but the government decided that enough was enough. Federal News Radio reported in November 2015 that the number of federal data centers had reached an all-time high of 11,700. This is more than 10 times the number of facilities contracted in 2009, which shows just how quickly this problem has spiraled out of control.

Although federal data centers have been growing by the year, the American government has been trying its hardest to stem this massive increase in data center growth. This effort has resulted in a program to consolidate data centers, with the Government Accountability Office leading the charge. What's more, this effort has been extremely fruitful. According to the Federal Times, of the $3.6 billion saved by reforming governmental IT departments, 55.4 percent comes from consolidating data centers.

While that's quite a lot of money already, the government isn't stopping there. On Nov. 4, 2015, government officials discussed the concern during a congressional hearing. David Powner, the GAO's director of IT management issues, attempted to point out the massive potential savings agencies could accrue if the government could buckle down and put even more effort into data center consolidation.

"In total, the government plans to close about 5,000 centers and save about $8 billion. Mr. chairman, this $8 billion total actually should be much higher since some agencies have low-balled their targets, and not all have new cost estimates in," Powner said

Outside help may be required

While it's great to see the government saving so much money on data center consolidation, implementing such a plan is a lot easier said than done. Agencies take in quite a lot of data these days, as is the case with the NSA, and consolidating these efforts is more than just shutting down a data center. Data needs to be sorted through, making sure the important information is saved and brought over to a new facility. What's more, these data centers will also need to up their storage capabilities, as they'll be processing more data than ever before.

Thankfully, the professionals at UNICOM Government can help. With years of experience working with government data, our experts have the skills necessary to help agencies with their data storage woes.