Federal agencies make major IT improvements, but still have a long way to go

Since 2013, the U.S. government has been making major moves to improve overall IT functions. With the rapid expansion of technological advancement hitting every section of the public sector, it became clear that there were major inefficiencies within modern agencies. In fact, congress created the federal information technology acquisition Reform Act to ensure that each department was doing everything it could to better their current IT situation. 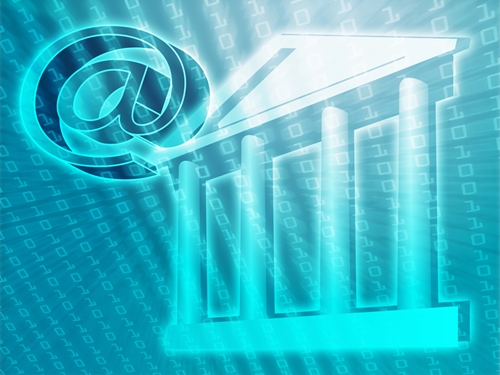 At its most basic, FITARA is a report card that gives each agency a specific grade based on how they are currently handling four portions of their IT infrastructure: incremental development, risk assessment transparency, IT portfolio review saving and data center consolidation. Each of these sections are key components to overall technological improvement, and yet many agencies scored extremely poorly during a November observation.

However, a recent inquiry through FITARA has found that most departments have improved quite a lot since the last scoring. That said, these sectors still have quite a lot of work left to do before they can consider themselves to be IT efficient.

Overall, FITARA grades have improved. Nextgov contributor Frank Konkel reported that the current scoreboard stands at one B, 12 Cs, 10 Ds and only one F. This is an improvement over the November findings, which saw two Bs, five Cs, 14 Ds and three Fs, according to a separate article from Konkel. In fact, the only agency to actually do worse than it had before was the general services administration, dropping from a B to a C.

What's more, data center consolidation is going quite well. Most agencies improved from their previous scores, with the Department of Education and the nuclear regulatory commission both jumping from an F all the way to a B. Resource redundancy is a huge problem within government IT right now, and any combination in data center information is certainly a good thing.

Regardless, this overall improvement shows that departments are truly working hard to better their current IT standings. While there are probably many reasons for this, perhaps the biggest is the fact that the previous FITARA scoring was the first of its kind. As such, it was a major wakeup call to many administrators. The whole point of this exercise is to bring concrete evidence to show what an agency is doing right and what it's doing wrong, and it seems that the exercise has worked.

That said, everything coming out of the FITARA report isn't all good. NASA received the only F on this report card, which is certainly an overall improvement over the previous one but is a reminder of how far the U.S. space program has fallen. Once a world leader in exploration, funding cuts and general public malaise has pushed NASA to the breaking point.

Another major problem is that just about every agency failed the IT portfolio review savings portion. This is an audit of current inefficiencies within each agency's IT landscape, and it's meant to lower costs. As shown through this breakdown of the November 2015 scorecard, the IT portfolio review savings grade is determined by how much each organization saved through budgetary cuts.

A comparison with the 2016 graph in Konkel's article shows that not only are most agencies not improving in this area, they're actually getting worse. The Department of Commerce, which used to have a B rating has since dropped to a D. In fact, the only sectors to actually receive a good grade were the U.S. agency for international development and the social security administration. The former went from a C to a B while the latter continued to stand at an A rating.

While it's good to see agencies bettering themselves, the IT portfolio review savings numbers show that true efficiency is quite a long ways off. It's true that other portions of this scorecard will have to improve before these grades increase, but the point here is that the government still has quite a long road ahead of it.

Clearly, this scorecard has allowed agencies an interesting in-depth look at their current IT efficiency. That said, it's also apparent that many agencies need to drastically improve their efforts, with NASA's glaring F being a solid example of a need for growth and improvement. However, Rep. Gerry Connolly of the committee surrounding this report wants to make it clear that these bad grades aren't meant to tarnish the reputation of any department. Rather, they're meant to be a motivator.

Government entities are incredibly busy, and they often don't have time to slow down and take a good look at themselves. That's the whole point behind FITARA, and Connolly imagines this to be more of a forum on how to improve rather than a means of scolding. The congressman still wants to hear from NASA officials on why they scored so poorly, but the focus will be on a betterment of overall operations.

To understand the future of FITARA, it's important to understand what agency leaders expect to get out of it. Joseph Klimavicz, the CIO of the Department of Justice, believes it is meant to force administrators to finally take IT consolidation and efficiency seriously.

"I think it's important to stick to the plan," Klimavicz said. "It's easy to get distracted. I've found that in managing large and complex IT operations, focus and staying on message are absolute keys."

Such words of wisdom are certainly sound, but they're even more effective considering the fact the the DoJ was one of three agencies to receive two A scores on their FITARA report card – although an F in the IT portfolio review savings dropped their overall grade.

Regardless, FITARA seems to be doing exactly what it was created for: motivate department leaders. Whether or not this impetus continues remains to be seen, but future FITARA scores will certainly be important to follow. Agency leaders need a concrete means of following how well they're doing with their IT efforts, and this test seems to be the best way to do so.