FBI laments its lack of data related to police shootings

The use of big data strategies as crime-fighting tools on federal, state and local levels has been a hot topic recently. One successful stab at turning data into more actionable insight came in the form of an up-to-the-minute crime information system that helps spots trends in real time. The system will be used by Seattle law enforcement officials to improve response times, and possibly even reduce crime in the long term.

But not all big data strategies are panning out on the federal level, however, which was the subject of an announcement made by FBI Director James Comey Oct. 7. According to The Washington Post, Comey spoke at a gathering of 100 politicians and law enforcement officials regarding the inadequate use of crime data by the FBI. More specifically, he expressed disappointment over the fact that several news sources may have more more comprehensive databases on police-related shootings than the FBI. 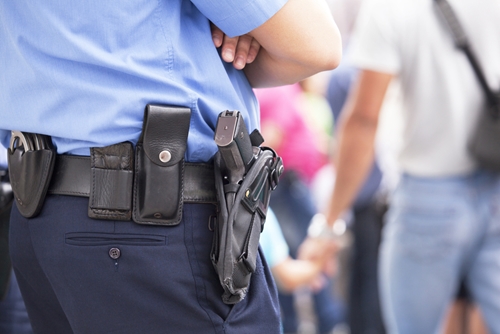 A symptom of a bigger problem

This is not the first time federal entities have looked at big data as a crucial element to government operations, nor is it the first negative assessment of the government's current use of big data and related analytics. The results of a survey by Unisys released Oct. 6 revealed that while around 93 percent of polled government agencies see the value of incorporating big data strategies and initiatives, approximately 70 percent expressed some concernabout their ability to store this data, and more importantly, to analyze this data.

In the case of the FBI's lack of a robust database regarding police-related shootings, Comey specifically expressed disappointment regarding the amount of data they have available. When compared to the results of agencies mentioned in the Unisys survey, this appears to place the FBI behind the big data curve, at least in regard to police shootings. That said, the trend in federal agencies using data as a tool, but not necessarily being in a position to do so effectively, has become evident and demands immediate reevaluation.

Big data is the future

The FBI's self-proclaimed lack of fatal police shooting data further highlights the focus being placed on big data as a way to improve government operations, including law enforcement's ability to identify important trends from various banks of information. Given the multiple, high-profile fatal shootings that have involved police recently, including the case of Michael Brown in Ferguson, Missouri, a little over a year ago, a case could be made that having more data about police violence is more important now than ever before – especially as law enforcement's use of lethal force comes under closer scrutiny from the media.

In response, the FBI has formally announced its intentions to collect more data regarding fatal and nonfatal police shootings, and to publish the findings in a "special publication" that will assess law enforcement's use of deadly force. The decision makes it clear that data gathering and analysis has become vital to advancing federal agency tactics, and the advancement of the country's well-being, now and in the future.