For the longest time, the only way to get an accurate description of how an event occurred was to have a witness describe it in its entirety. The problem with this is that people often forget what happened or lie for personal gain, which is why society had to declare that certain people were more trustworthy than others, with police officers being at the top of this hierarchy.

However, recent developments are turning this notion on its head. Cameras, which were once monstrously large devices, can now easily be fitted onto an officer's uniform. Unedited video recording is some of the purest evidence that exists, which is allowing the justice system to determine the truth behind an event like never before. However, there are some concerns surrounding these devices that must be addressed before their usage can spread further. 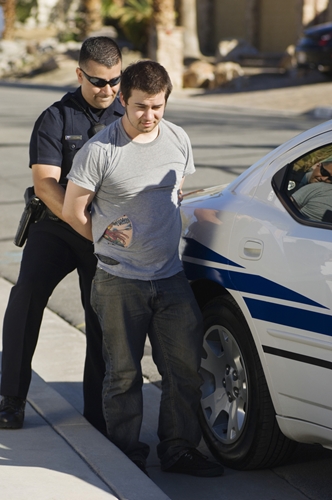 Do these cameras help?

First and foremost, the effectiveness of these gadgets must be determined. There are two parties that stand to benefit here: citizens treated improperly by the police and officers who need help with exoneration.

The first group is the one most people think of when discussing the practicality of body cameras. Many citizens are worried that officers are given too much liberty in their use of force, with wrongful deaths sometimes being swept under the rug in order to save the department from embarrassment. Although these officers are certainly the minority, their recklessness is still often apparent.

Perhaps the best example of how body cameras can solve this is the shooting of James Boyd{, who was killed by?} by two Albuquerque police officers. Boyd, a mentally ill homeless man, was camping in the Sandia Mountains when officers Keith Sandy and Dominique Perez shot him to death, according to Time contributor Josh Sanburn. After reviewing the shooting, District Attorney Kari Brandenburg decided that Sandy and Perez were not justified in their actions and filed murder charges against the two.

Civil rights activists often point to events like this to show that body cameras help ensure justice for citizens that might not have otherwise received it. However, police have just as much to gain from these devices as the average civilian does. Andreas Collins, an officer in Knox County, Tennessee, discovered this after arresting Margaret Ellen McElhinny for drunk driving.

After McElhinny was arrested, she claimed that Collins had sexually assaulted her, according to the Knoxville News Sentinel. This kind of complaint isn't uncommon in repeat offenders like McElhinny, who are looking for any reason to take attention away from their crimes. However, sexual assault charges are always taken seriously by the police, and a full investigation was undertaken.

Fortunately for Collins, three of the arresting officers on the scene were wearing body cameras. Review of this footage showed that Collins never once touched McElhinny in an inappropriate way. Although the testimony from the other officers would have most likely been enough to exonerate Collins, the fact that the state has video evidence removes all doubt. What's more, even false accusations of sexual misconduct have the power to negatively mark innocent people, and this recording is enough to keep Collins's reputation clean.

While these devices have clearly helped both officers and civilians, there is a cause for concern surrounding the privacy of both of these groups. To begin, police officers instantly lose the right to privacy within their daily duties. Not only do these cameras pick up their actions during an arrest, they also record private conversations had while on the job.

This is why it's vital that police departments hash out the circumstances that would allow key officials to view this footage. Investigators should obviously have the right to watch the recording of a shooting, but there should be regulations in place preventing them from listening to private discussions between partners.

On the other hand, the privacy of the average civilian also needs to be considered. This especially applies to minors, a topic the El Paso Independent School District in Texas takes very seriously. Officers within schools have been given body cameras, but there are certain rules surrounding their implementation, according to Government Technology contributor Aaron Martinez. EPISD Chief of Police Victor Araiza stated that officers will have special rules concerning bathrooms and changing rooms within schools. Matt Simpson of the American Civil Liberties Union of Texas, echoed a similar sentiment.

"It is a delicate balance," said Simpson. "The body cameras are good tools, but you don't want to violate everyone's privacy. In these cases involving juveniles, it is how (the video footage) is stored and who gets to see it. Policies will be key to handling who sees the videos, who has access to the footage and how they are stored."

Where is all the data going to go?

Following the moral discussion surrounding these devices, there remains a very physical problem: Where are police departments going to put all this data? Clearly, having a team watching every second of recorded footage pulled from each officer's camera to discover criminal evidence is both a waste of time and a violation of privacy.

That said, this data needs to be put somewhere for later review. Court cases generally take years to be resolved, and footage also often needs to be reviewed multiple times in this period. This means that departments will need an immense amount of storage space, with a high level of availability. This raises the question of on-site storage versus off-site, and there are advantages and disadvantages to both.

Keeping this data within the police department allows officers the ability to have complete control over evidence, which in high-profile cases is certainly a necessity. However, these organizations generally don't have the infrastructure or IT talent necessary to ensure data safety, both from hackers and general corruption.

Regardless of where the data ends up, such an effort is going to require expertise, which is why police departments should consider working with a firm with a lot of data management experience. Such a move will help officers with the transition into body camera deployment without rocking the boat too much.