The best defense against cyberattacks is up-to-date security

Federal organizations are caught between a rock and a hard place with cybersecurity. On the one hand, they are increasingly vulnerable to different types of attacks coming in from online criminals that attempt to steal information off of their servers. On the other hand, it is increasingly difficult for them to keep up with the different ways they can be hit. Because organizations have a limited IT budget, it is impossible for them to stretch it out long enough to use every single security system out there. This leaves these groups vulnerable to being attacked. 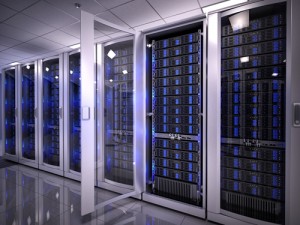 However, there is a way for these groups to defend themselves by making use of cloud computing for government solutions. Most cloud service providers charge fees that fit within the budget of a small or mid-size federal group. By putting their data on cloud servers, agencies can take advantage of the fact that cloud computing companies for government agencies have extremely high standards for security. Putting information on these servers is inherently more reliable than keeping them on a relatively unprotected local server, because they have the advantage of being hosted by an organization with a much larger budget for security spending.

The writing is on the wall

Moving to cloud computing for local government agencies is a wise move because of the sheer amount of threats out there. Market forces dictate that there will continue to be breaches of sensitive consumer and citizen information, according to InformationWeek contributor Joe Stanganelli. Thus, groups should always be ready for the next major breach to occur. The new attacks will likely continue to hit new attack vectors and platforms, and be designed to get past most pedestrian methods of intrusion prevention. Investing in old standbys like anti-virus and anti-malware software isn’t enough anymore. Instead, finding a cloud security provider that has strong encryption protocols and that can guarantee security is a far safer bet.

The utilization of the cloud as a method for keeping information safe isn’t exactly new – fundamentally, it harkens back to old days of massive database servers and terminals. The difference is the Internet connectivity and the opportunity for mobile use of the data. Because the cloud allows for better security while simultaneously offering more power to the agencies that use it, it is a good choice for local government groups.